Skip to content
Home/Home Entertainment/Is An Android TV Box Any Good For Cord-Cutters?

Is An Android TV Box Any Good For Cord-Cutters?

Being a cord-cutter for more than a year, I’ve thought about getting an Android box but I kept pushing out that plan because I had not experienced it first-hand. I don’t watch as much TV as I used to so whatever video app I could find in my Samsung Smart TVs was enough but that changed recently. I was at a friend’s place who fired up an Android box while I was there and I was blown away by this little device. It had games, movies, TV shows and so much more. There is setup involved of course but there’s no way you’d miss having cable with that gadget around.

As an Android and iOS user, I’ve always known that Android OS is very capable as it has large user and support base but I never tried its implementation for TV in an Android box, but that’s about to change because I ordered one on Amazon immediately after seeing my friend’s unit in action.

The A5X Max unit I ordered promised 4K video, bluetooth 4.1 and a whole lot of other cool stuff but I’ll know when I get my hands on it. 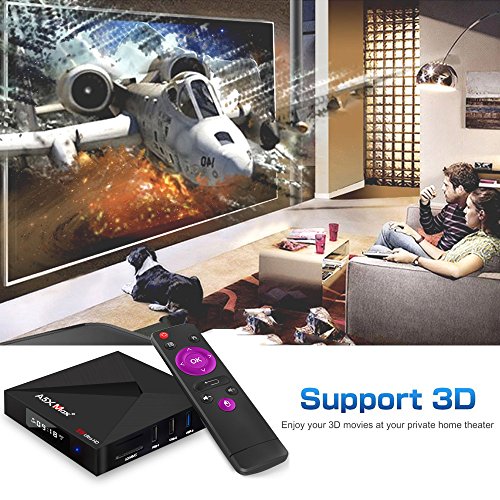 The box shipped almost immediately but delivery is taking longer than I’d like. Thank God it’s not something I need urgently! Amazon Prime would have helped because of available fast shipping but I am yet to decide whether to signup. I wasn’t very pleased the last time I ordered a product that qualified for free shipping and after about 4 or 5 days later the order had not shipped. I contacted Amazon and they explained to me that the product would still arrive by the estimated date or arrival. I felt like Amazon was really trying to control how long it takes products to get delivered. I felt an order should be shipped as soon as possible and the rest left to the shipping service which may deliver sooner. That particular order was something I needed quickly so ended up modifying the order and had to pay for faster shipping. I felt like I was being coerced to pay for faster shipping or signup for Amazon Prime which is why I have not signup for Prime.